Today, the world is often not the most pleasant and friendly place for many. Therefore, the events that happened with Gillian Rogers from New York deserve special attention. 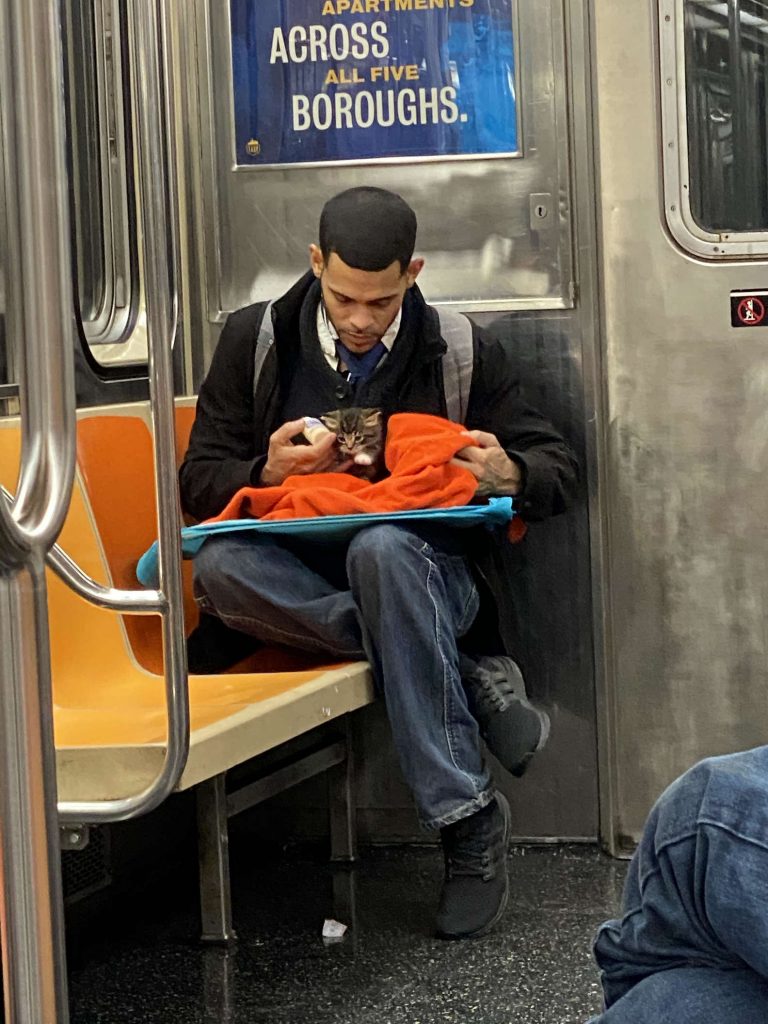 Gillian was returning home when she saw a man sitting in the same train and holding something in his lap. It was a tiny kitten. The man was carefully wrapping it with the blanket and feeding from the bottle. When Gillian saw his caring, her heart was going to explode in that moment. 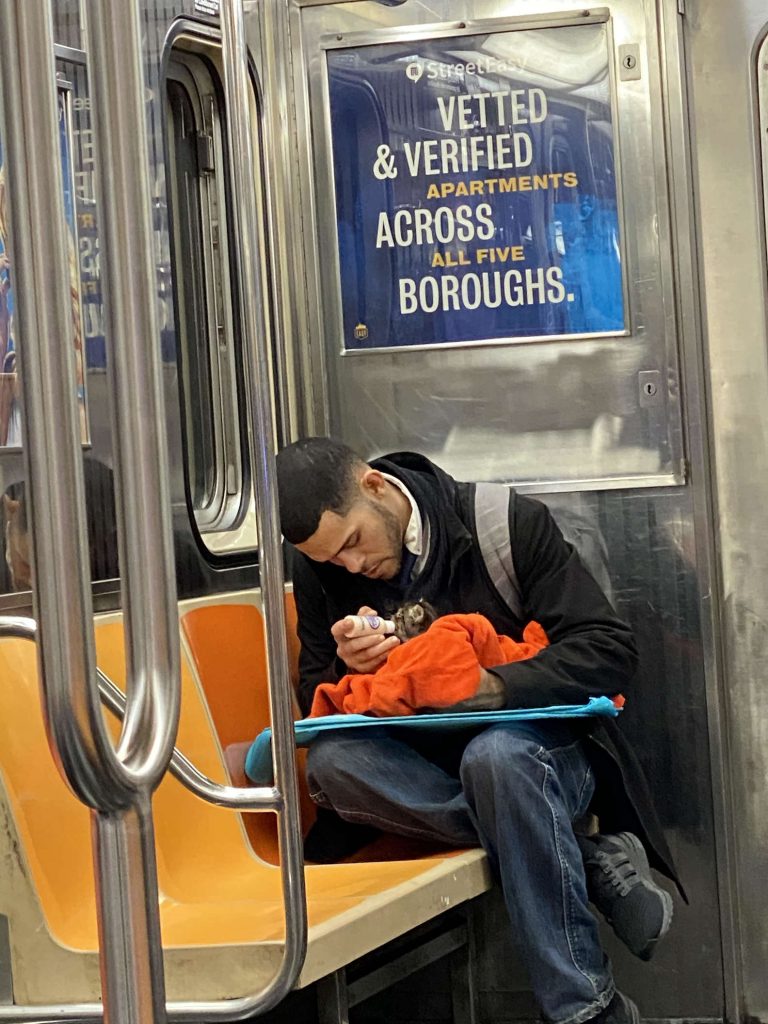 Rogers couldn’t resist and after a while she went up and started talking to a stranger. The man said that he picked up the kitten in an alley between the buildings when he returned from work. The man realized that he had to rescue, keep warm and feed her. 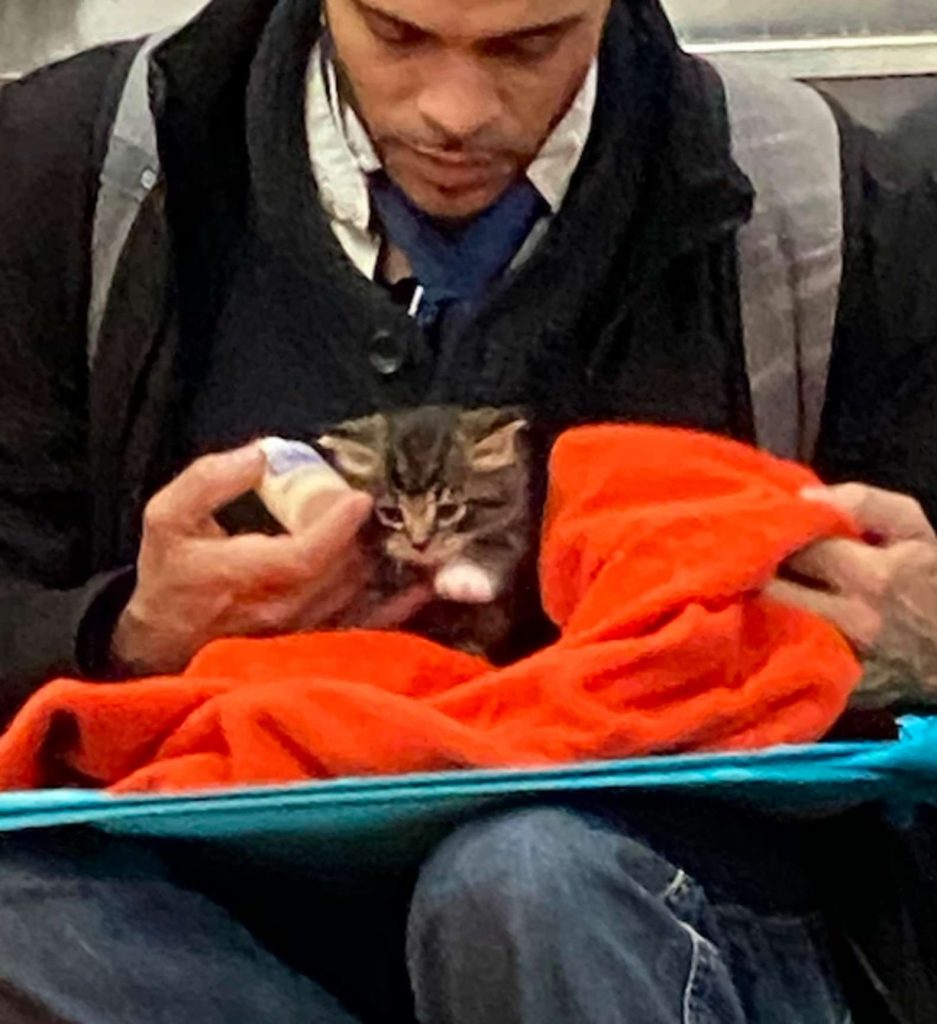 Unfortunately, Rogers couldn’t ask the man’s name because her stop arrived and she had to leave the train. Nevertheless, she was deeply moved and felt joyful. This moment gave her more hope, as she was a founder of Pet Rescue Squad Inc. 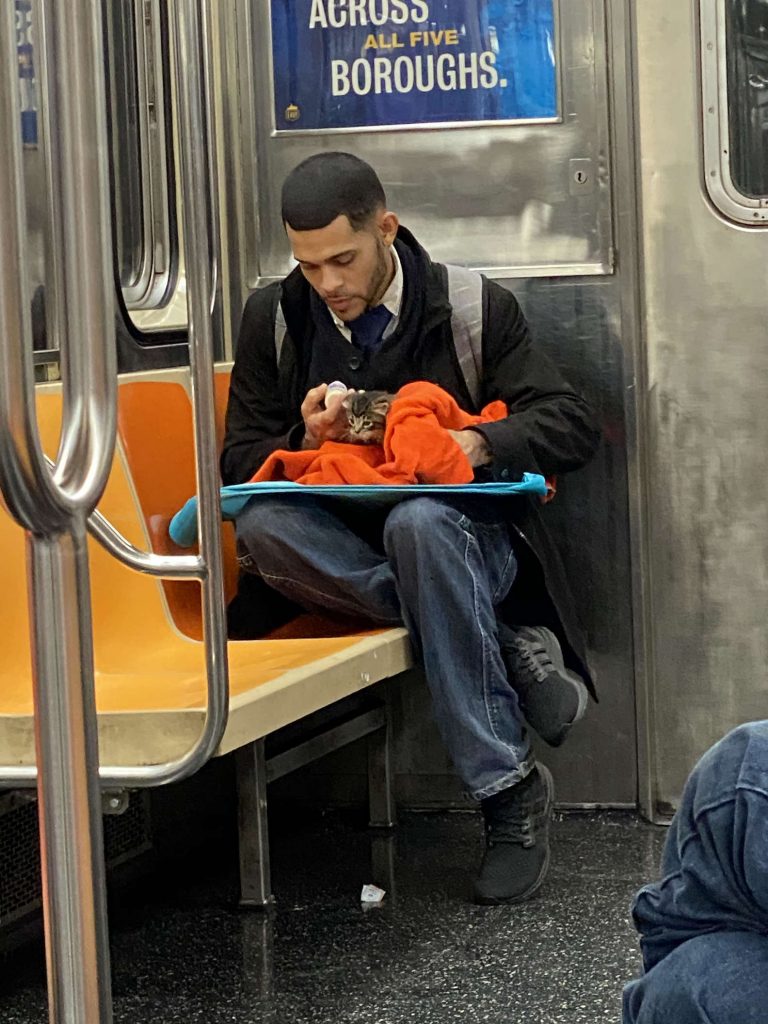 Such stories really inspire and give us hope for the best! Doing such things, people return the belief that not all is lost. There is still a lot of kindness and mercy in the world. 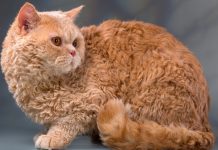 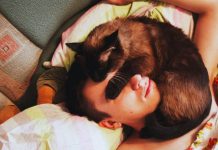 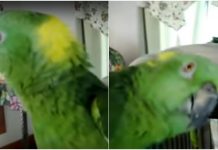